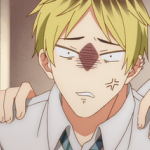 When you think you're over the story

And return to the image gallery.. 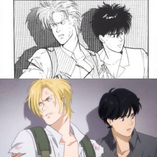 Some people say that Ash gave up because he finally found love. But I'm just thinking.. Isn't that one more reason to live? Living for the one he loves?

Eiji's impact on Ash impressed me by a ton. It's so amazing, watching these two guys changing with each episode.

I'm glad the side novels didn't take part in these 24 episodes, as they state that Ash is dead. So I still feel like there's hope somewhere. Full review

Watching this anime was one of the most amazing journeys I've ever been on. Thank you for creating such a painful, yet beautiful masterpiece.

-I know we'll meet again, no matter how far apart we are. My soul will always be with you, you're the best friend I'll ever have.

Characters I dislike: Lao for ruining a perfect relationship, and I dislike all the idiots that r*ped Ash >:[

Favourite moments: All Ash & Eiji moments, when Eiji saw the rat in Ash's old house and sprang up in Shorter's arms, when Eiji had to wake Ash up the second time, Ash's noise when he was getting gagged by the doctor in episode 16 and later on, threw a pen at Max for teasing him along with pointing a gun at him in the car. When Eiji hugs Ash in the two episodes

I need buckets to fill up with tears for the last episode.

Retrieved from "https://banana-fish.fandom.com/wiki/User:Craneface?oldid=31296"
Community content is available under CC-BY-SA unless otherwise noted.