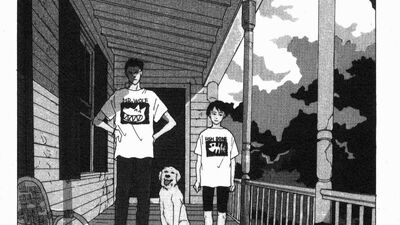 Garden of Light is the side story from Volume 19 about Eiji and Sing after 7 years of the end of Banana Fish. 1 Plot 2 Image Gallery 3 References 4 Navigation A postscript set seven years after the events ofBanana Fish,Garden of Lightfollows Akira Ibe, the niece of Shunichi Ibe, as she visits...

So I just thought this song really fits Eiji and Ash. Especially all those moments when Eiji just knew Ash wasn't okay and gave him the comfort without questions.

Hey guys so i really cant except this ending,, have mercy on my omg

Does anyone know where these rumours are coming from? It seems really unlikely but obviously I'm intrigued. I've seen some mentions of a possible season 2 or OVA due to popular demand. The OVA would either be an alternate ending, or animated Garden of Light. Knowing that the possibility of Ash being alive in the anime is like.... a thing, I have a glimmer of hope in me that this is true, but I also know it probably isn't.

Anyways, does anyone know anything about this?