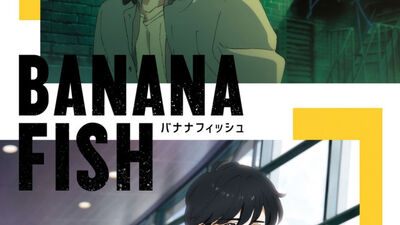 Banana Fish (バナナフィッシュ) is an anime series based on themanga of the same namebyAkimi Yoshida. It is produced by Fuji TV. The first season began airing July 6th, 2018, and the second season airing October 11th, 2018. The adaption revises the setting of the series from the 1980s to the present day... 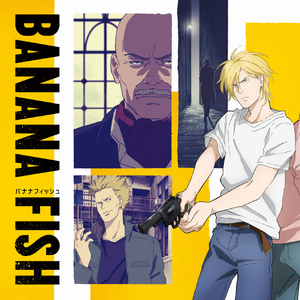 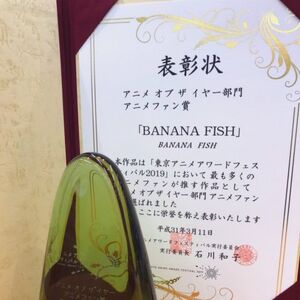 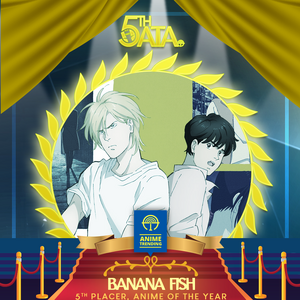 I wanted to watch Banana Fish for the longest time cause I heard from all the fandom and such that it was so good and it was so sad (and you know I love some angst) But what Banana Fish really was, I wasn't half expecting. Thank goodness I saw a TikTok a few days before I started the show, that was listing all the trigger warnings in Banana Fish. If I hadn't seen that video I would've been completely off guard, I'm lucky enough that I'm able to handle the types of things that were in Banana Fish, cause other people cant.

Whenever I see someone say "Ahh I really want to watch Banana Fish" or "I haven't watched it yet, maybe I should", they always get replies from the fandom that say "Oh my gosh yesss you need to watch it its so good, come join the pain with us" and not mentioning how intense it is.

What they should be saying is something along the lines of, "Hey, Banana Fish is a really good show, and I recommend it, but there a load of trigger warnings including cp, p//dophilia, sexual a//sault, r//pe, partial nudity, blood, murder, guns, gunshots, gay slurs, violence, etc"

Also, can we please stop advertising it as a BL? Don't get me wrong I love Ash and Eiji too, but it's not a romance anime, its an Action and Crime Thriller anime/manga.

I just don't want anyone that was not as fortunate as me and others, who were able to handle the sensitive things that happened in Banana Fish, I don't want anyone going into it with no clue whatsoever as to what the anime really has in it. Even the summary on IMDb and such doesn't cover it. Yes there are pop ups at the top left of the screen when you start a new episode that give brief over views, but it'd be nice to know beforehand, so, If you're suggesting Banana Fish to someone, please caution people, not just saying its sad, but the legitimate trigger warnings.

Haha i don't know if its already been stated but how did Ibe shunichi react to ashs death or even how Eiji reacted? im writing a story and i dont know how Ibe reacted and felt toward everything but my stoy if in his perspective? what do i do 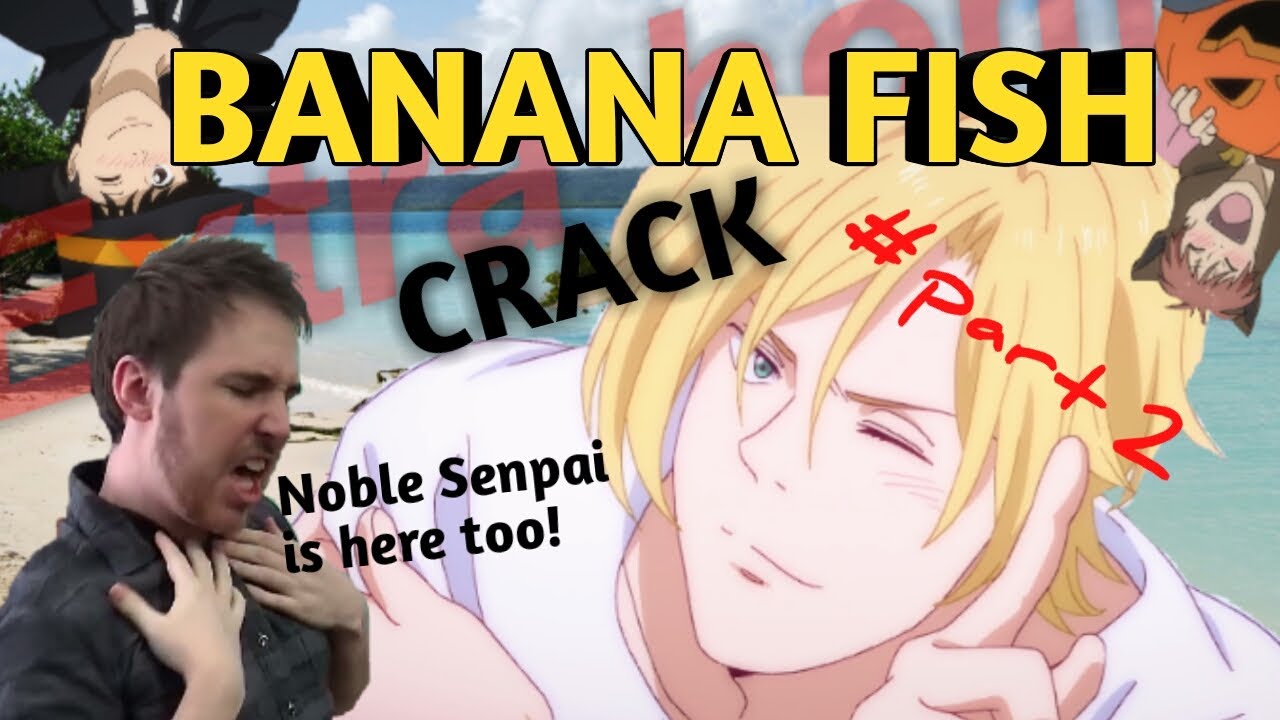 Yesterday I finished my first anime ever and cried so so so much. Yesterday i finished watching banana fish, and it just broke me. And i have only 2 questions

2 - Would there be a second season or a movie ?

So I just thought this song really fits Eiji and Ash. Especially all those moments when Eiji just knew Ash wasn't okay and gave him the comfort without questions.

The ending was sad, but it was a harsh reality. A reality that has given him peace. I just feel sick to my stomach. Ash knew he couldn’t just turn his life around like nothing ever happened and move away with Eiji. He realized that he could never escape the world he’s in and the past that haunts him. What really hurt the most was knowing that Ash has always taken such hard hits, but always got back up and fought. He wanted to fight and punish the ones that have made his life and others a living hell. He went back into the library because he knew he and Eiji would always live in different worlds. Even though he was used to taking those hits and getting back up, he didn’t this time. The reason being is he didn’t have anything to fight for anymore. He got his revenge and those who needed to be punished were gone. He avenged the deaths of those he cared for. He also knew Eiji was safe and would always care for him no matter what. That letter and all these factors made him feel calm. His body is used to taking these hits and relying on the adrenaline rush to push him to continue, but that state of calm he felt because everything was over, pushed him to the edge. His frail eighteen year old body finally had to stand on its own and it lost.

Ash was just a child. Ash has suffered anorexia, low blood pressure, insomnia, depression, trauma we will not mention, multiple life threatening wounds, a broken family, and witnessed loved ones die because of him. Truthfully he shouldn't have even been alive from episode 1, but I am proud of the character development he had. Its a hard pill to swallow, but Ash would have ended it himself eventually if Lao hadn't done anything. Even after meeting Eiji, Ash never strayed from the idea of ending things himself. Eiji was a breath of fresh air and I'm glad those little moments of them spending time together was included. It gave him a sliver of that normal childhood he's missed out on. Ash didn't 'deserve' to die as the writer had pointed out, but Ash needed it in order to set him free. Not because of what he has done, but because of how much he suffered.

If there was an OVA made, I wouldn't want it to be where Ash just goes to Japan after reading the letter. I would want to change it from the beginning. A parallel universe where Ash doesn't meet Dino after his childhood trauma. Maybe one where Ash transfers to Japan and meets Eiji in school. Imagine how heart warming it would be to see Ash have a good teenage life. Like what if Ash was still intelligent and got to go to college early and meet Eiji there after Eiji's accident. They would become each other's saviors without their life being threatened every damn second. *grabs heart and sobs*

Hey guys so i really cant except this ending,, have mercy on my omg 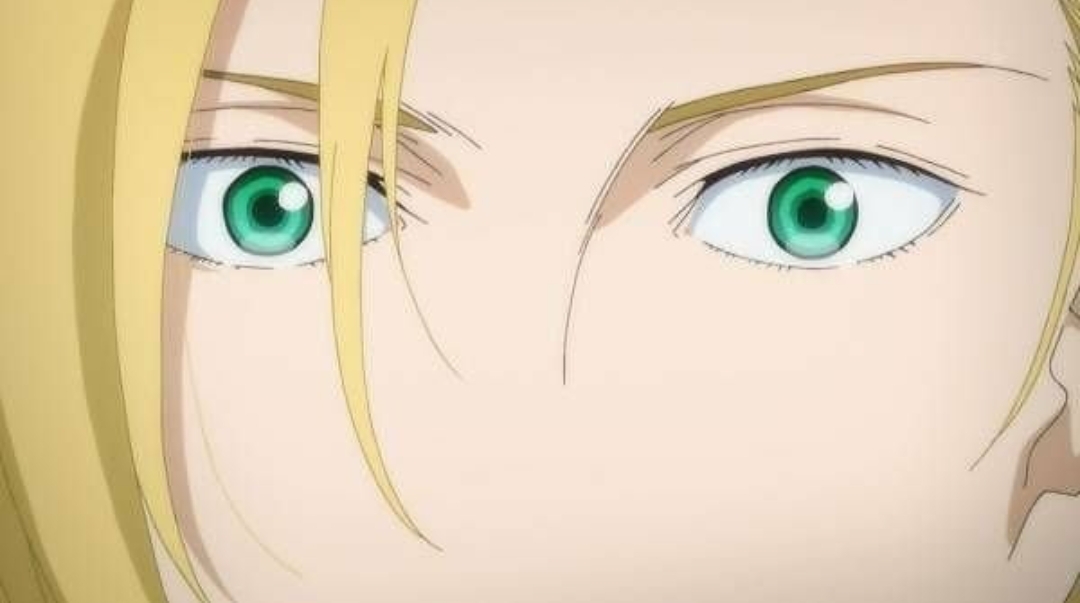 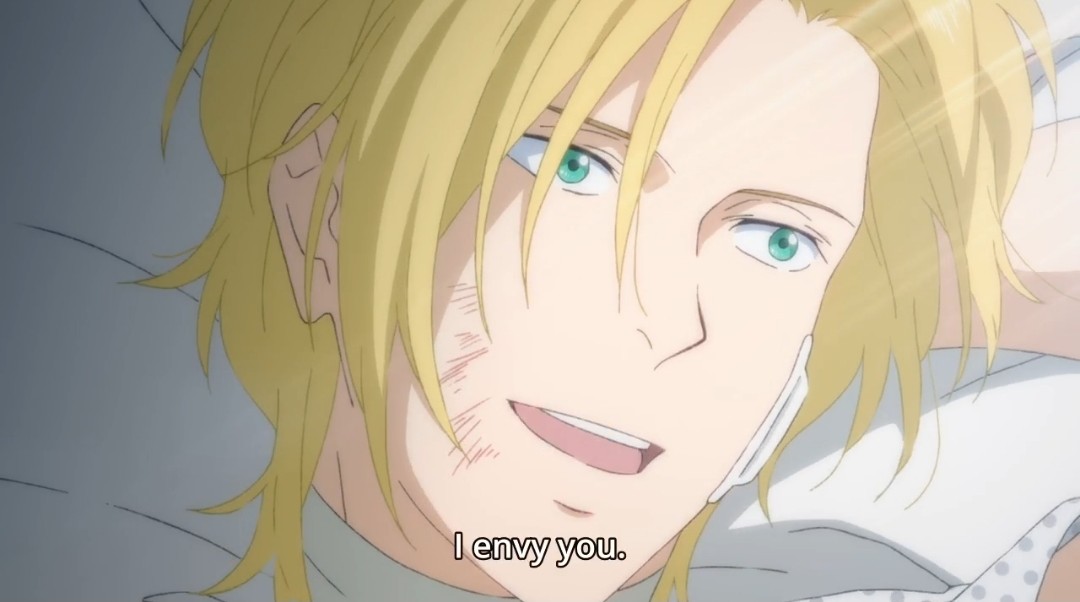 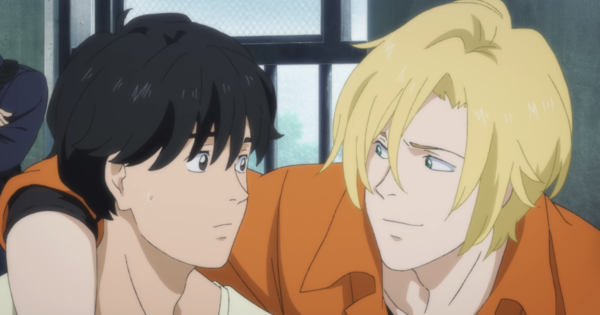 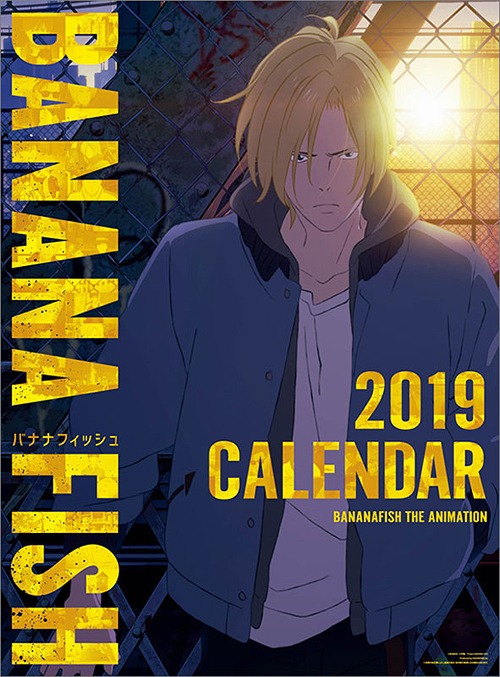